Ah, the ancient cockroach, symbol of disdain and disgust. Cockroaches have to be one of the most loathed insects on the planet! And yet, they are fascinating insects as well. 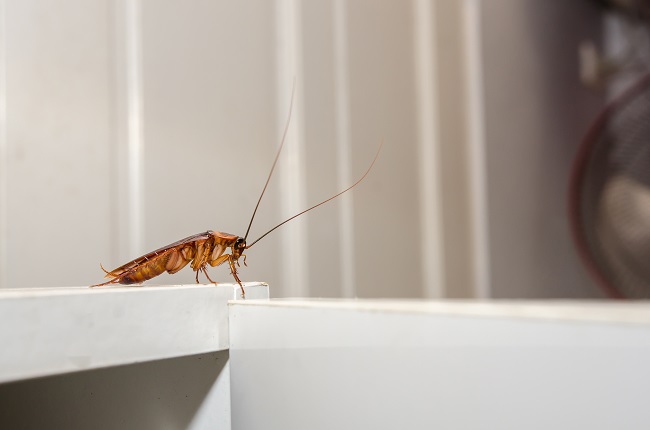 According to Pest World for Kids, cockroaches have been around since the age of dinosaurs. That fact alone is stunning! They are extremely hardy insects and can live without food for a week and without water for two weeks. As disgusting as it sounds, a cockroach can actually live for up to a week without its head! And don’t try to drown one — it can hold its breath for up to 40 minutes. It’s no wonder they’ve been around for millions of years!

As Tracy V. Wilson for How Stuff Works/Animals, puts it there are “plenty of reasons to dislike cockroaches”. For one thing, they’re extremely hard to get rid of, and because they eat garbage and waste, they spread bacteria like Salmonella and Shigella around. They use their own trails of fecal matter to find their way around, so yes, they’re pretty gross, as insects go. They’re good at hiding too and are nocturnal, so by the time people notice them, their homes are usually infested.

Ergo, if you spot a cockroach, head for the phone and call an exterminator — pronto! And if you’re worried about the effect of pesticides on your family and live in the Forney, Texas area, call AJB Pest & Termite. They’re a family owned and operated pest management company that understands your concerns. Their extensively trained technicians will take every precaution to keep your family safe, just as we would our own. If you have a pest problem, whether it’s cockroaches or something else, contact us.

AJB Pest & Termite is a family owned and operated pest management company located in Dallas, Texas. We understand the importance of family. It’s not unusual for a company to say it will treat you like family, but at AJB Pest & Termite it’s just part of who we are and it has been since the beginning. We will always take special care and attention to detail when servicing your property and that’s a GUARANTEE. Your home or office will always be treated as our own.

"Excellent service. Always dependable and quickly takes care of business. We have a quarterly contract and additional monthly mosquito spraying. Well worth the peace of mind! Thanks Paul for the great service!"

Scroll back to top